I mean, a Total Solar Eclipse is a big deal right? It is a once-in-a-lifetime opportunity, right?

Wrong. In case you didn’t know, it is happening again in 7 years. Start preparing now. Maybe we’ll have enough Eclipse glasses and camera lens filters by then to be prepared.

For now, we’ll have to be satisfied with the 93% Eclipse we found ourselves in and the photos we got by placing the one pair of Solar Eclipse glasses we had over the camera lens. Oh, and we only managed to get that pair of glasses because we found ourselves at Gigi’s Cupcakes and the store was giving out a pair to everyone who bought more than 4 cupcakes – which, who buys less than 4 cupcakes at a time? *Especially when they have the most delicious gluten free cupcakes in the entire world.*

Since I couldn’t get the full Eclipse shots, I tried to be different. I went the “Let’s try to be artistic and cool with these photos” route and I think we got some cool ones, but I’ll let you be the judge of that. 😉 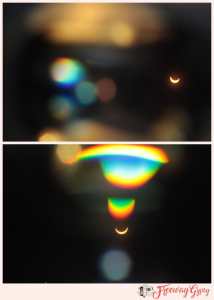 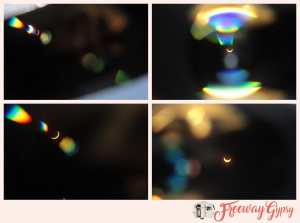 View all posts by freewaygypsy