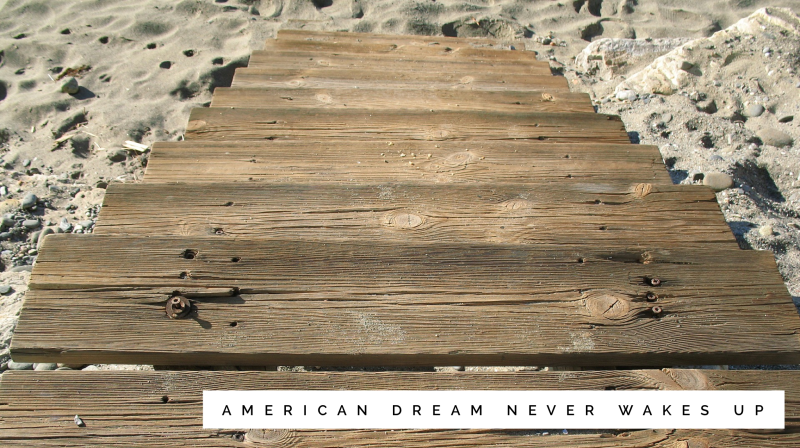 I’ve been going to Kenny Chesney concerts for as long as I can remember. He used to come to Jacksonville every year in April and I went each year in middle school and high school. Back then, he was a country singer that every high school, country music loving girl had a crush on. Now, he’s someone who sings songs with meaningful, potentially life-changing lyrics. His recent song “Rich and Miserable” caught my attention months ago when I first listened to his new album Cosmic Hallelujah. So many songs on this album resonate with me (which will likely warrant another blog post at some point in time), but this one really hits hard.

We’re too young until we’re too old
We’re all lost on the yellow brick road
We climb the ladder but the ladder just grows
We’re born, we work, we die, it’s spiritual
Enough is never enough
American dream never wakes up
Too much is never too much
We won’t be happy ’til we’re rich and miserable

“We won’t be happy ’til we’re rich and miserable.” What kind of life is that to live? This dream that we’re all chasing after – is it our dream or is it what we’re told should be our dream? I don’t want to live life in one place. I don’t want to miss out on seeing this world. I don’t want the dream we’re told to dream to be reality. We can be successful, educated, and (most importantly) employed while still chasing after this world and our own dreams. I’m thankful beyond words for a remote job that allows me to create my own office space in my own environment, wherever that may be.

“Too much is never too much” is a lie we tell ourselves as we charge more clothes to the credit card, buy a house on a 30-year mortgage, or get our nails done every week simply to look good for the rest of the world (shamefully guilty on all 3 accounts). But what good does any of that do us if we can’t have amazing experiences in life? So with that, we’re selling everything and driving west. With some destinations in mind and no end point in sight, we’re crushing the American Dream and creating our own. All the items we have left are either in the RV with a distinct purpose, use, and meaning or they’re in a storage unit back home. While we didn’t manage to get rid of everything, we did sell and donate so much. It is hard to believe how much you can accumulate over time.

Don’t let this world get the best of you. Don’t become rich and miserable.

Be rich in experiences and miserably happy.

And if I thought I liked the song, the video doesn’t disappoint. At the very least, watch the first 3 minutes before the music even starts. You won’t be sorry. SPOILER ALERT: The video features John McGinley from Scrubs as an extremely insightful college professor.

PS. We’re 2 weeks away from hitting the road! We’ve been living in the RV near home for about a month now completing final preparations. Let the adventures begin!

View all posts by freewaygypsy